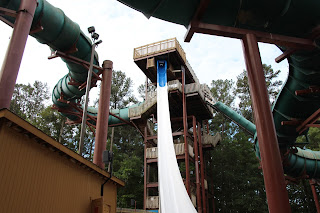 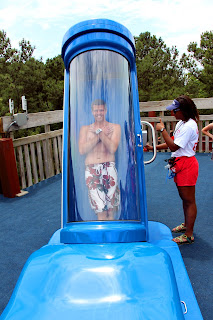 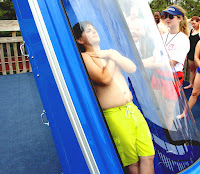 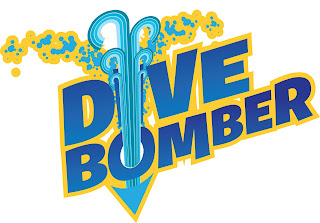 Named one of the Top 10 Amusement and Water Parks in the country, Six Flags White Water celebrates the opening of Dive Bomber, an all-new 10-story tall electrifying capsule water slide. Dive Bomber thrills guests with a nearly 90-degree decent in less than 10 seconds at the South’s Most Thrilling Water Park.

“White Water’s reputation as one of the most beautiful and thrilling water parks lives up to the hype with Dive Bomber,” said Six Flags Atlanta Properties Park President Dale Kaetzel. “The anticipation of stepping into the capsule and not knowing when the floor underneath you will disappear, sends a jolt of adrenaline and makes this ride one that guests will want to experience again and again.”

The bravely tall water slide, Dive Bomber, features:
 An enclosed, clear capsule with a trap door that releases riders for a zero-gravity experience;  A tower more than 100 feet above the lush tree line of the park;  A nearly 90-degree drop;  Speeds of more than 40 miles per hour.

Dive Bomber joins more than a dozen world-class water slides at Six Flags White Water including Typhoon Twister, which is now open for its third season. The park is now open daily for summer operation through August 2 and then will operate on weekends through September 13. For more information, please visit www.sixflags.com/whitewater.

2015 Season Passes are now on sale for the lowest price of the season and include unlimited admission to White Water. Combo Season passes also include unlimited visits to Six Flags Over Georgia this summer, as well as admission to the largest Fright Fest® event in park history this fall and the expanded Holiday in the Park® wintertime celebration, which begins in November.