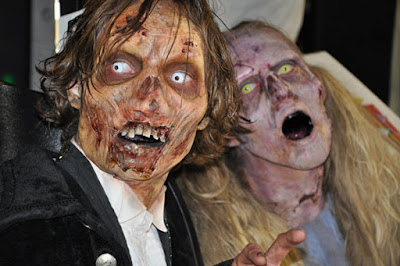 “We are committed to making Fright Fest the premier Halloween attraction in Georgia with our world-class roller coasters and topnotch frightening attractions,” said Six Flags Atlanta Properties Park President Dale Kaetzel. “Combined with the all-new Rage of the Gargoyles Virtual Reality Roller Coaster, we guarantee that our guests will be screaming louder than ever before this fall.”

In Rage of the Gargoyles, riders wearing Samsung Gear VR headsets will become pilots of an Apache-style helicopter, transported into a futuristic battle against blood-thirsty gargoyles on Dare Devil Dive and experience:

·         The incredibly immersive world of virtual reality – straight up nearly 100 feet as the gargoyles pound on the copter’s windshield;
·         Flying down a 95 degree launch off the edge of a building - beyond vertical;
·         Darting between a devastated cityscape with battered skyscrapers, hazardous bridges, and falling debris;
·         Daring aerobatic maneuvers through three inversions and zero-gravity hills; and
·         A fully interactive gaming battle through 2,100 feet of track to destroy the vicious master gargoyle.

·         Mummy’s Curse, a new pitch-black haunted maze, where the old curse of the Six Flags Over Georgia mummies are lurking, looking for their next victim;
·         The Witching Hour, a new scare zone, where all of the dead zombies and monsters will haunt you before the night ends at the park exit;
·         CarnEvil, a live show, with the scariest of all creepy clowns you’ve ever come to see, that will become part of your worst nightmare; and
·         Demon District, a new haunted scare zone, where a chilling mob of infected zombies and monsters are ominously taking over the streets of the park, holding no bias.

The event’s signature attractions are also back this year including Terror Train, ZX-1 and the award-winning Dr. Fright’s Dead Man’s Partyat the Crystal Pistol Music Hall, along with all of the guest-favorite rides including Goliath, BATMAN™: The Ride, SUPERMAN™: Ultimate Flight and more. Fright Fest begins each night with The Uprising, where bloodthirsty monsters are released into the dark of night.

During the day, the park is filled with tamerThrills by Day Halloween activities for families to enjoy together, including a harvest festival, arts and crafts, pumpkin painting, spooky stories and more. Children 12 and under are encouraged to wear a family-friendly costume to the park and take part in a costume contest with their favorite Looney Tunes friends. 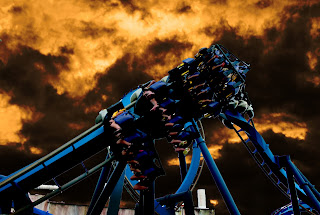 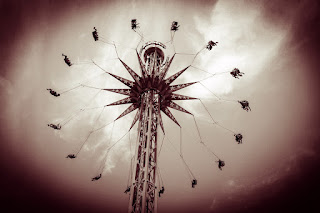