Surprising Celebrities With Their Own Successful Businesses 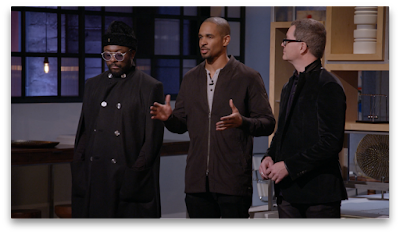 These days, it seems like almost every has a side hustle, even your favorite celebrities!  Kim Kardashian is arguably the most famous for this, as she’s practically built herself an empire of various successful business ventures.  Whether it be clothing lines, cookbooks or apps, these celebrities have made names for themselves as forces to be reckoned with in the business world.

Ever since Paramore burst onto the scene in the mid-2000s, frontwoman Hayley Williams has garnered a lot of attention for her outrageously-colored hair.  While Williams is most famously known for her bright orange hair, the singer has gone through almost the entire rainbow throughout her career, which is why creating a line of hair color seemed like a no-brainer.  With the help of stylist and makeup artist Brian O’Connor, Williams launched Good Dye Young, a vegan and cruelty-free line of hair colors as vibrant as the singer herself!  All of the dyes in the line are cleverly named after popular songs, like “Rock Lobster”, a fire engine red shade, and “Steal My Sunshine”, a vibrant yellow.  If you’re feeling bold, Good Dye Young is now available for purchase on Sephora.com, as well as the GDY website.

The app development arena is something that more and more celebrities have been venturing into over the last few years, and Damon Wayans Jr. is one of the most notable people to do so.  With the help of entrepreneur and bestselling author Kris Jones, Wayans created Special Guest, a talent booking app that connects performers with people who want to hire them. Musicians, comedians, magicians, and even celebrity impersonators are available for hire on the Special Guest app, making it easier than ever to find entertainment for parties and events.  In 2017, Wayans and Jones appeared on Apple’s Planet of the Apps, where they worked closely with Will.i.am and raised $1.5M through being on the show.  Special Guest is definitely an app to keep on your radar this year, as Wayans and Jones plan to expand the app’s reach to Canada and eventually Europe!

There’s a subscription service for virtually anything and everything these days, and Kate Hudson seems to have her finger on the pulse of what’s hot.  The actress co-founded the athletic wear subscription retailer Fabletics in 2013 as a way to offer affordable, personalized workout clothing to its members.  To get started, members take a quick quiz about their individual fitness needs, and Fabletics creates a curated catalog of tops, bottoms, and other accessories based on their answers.  Since the company’s initial launch, Fabletics has added non-athletic apparel to their site, including dresses and swimsuits. With over 1M members and counting, Fabletics continues to be a power player in the subscription service arena.

With a successful acting (and rapping!) career already under his belt, Mark Wahlberg added “restaurateur” to his resume with the opening of Wahlburgers in 2011.  Wahlberg, with the help of his brothers Donnie and Paul, launched Wahlburgers, a chain of casual burger restaurants and bars with 26 locations across the U.S.  The success of Wahlburgers eventually led to a reality show on A&E about the Wahlberg family as they navigate the ins and outs of running a business, and the show even received an Emmy nomination in 2014!  Wahlburgers has proven to be one of the most successful celebrity business ventures yet, and the chain continues to grow to this day!

Chrissy Teigen, the supermodel with a hilarious Twitter feed, recently released her own line of cookware to accompany her two bestselling cookbooks, Cravings: Recipes for All The Food You Want to Eat, and Cravings:  Hungry for More.  Teigen’s books cover everything from comfort food to healthier choices, making them kitchen staples for anyone who truly enjoys cooking.  Last year, Teigen released a line of cookware exclusively available at Target that includes pots, pans, and other kitchenware so fans can recreate their favorite recipes from the books.  The cookware line is affordable and can be purchased in either a trendy muted green or grey color, making it easy for anyone to build a collection of quality pieces designed to last!